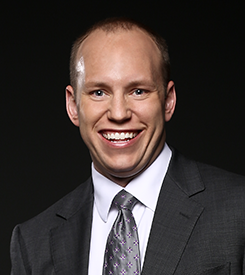 Four years ago, I wrote in this publication about a circuit split over the enforceability of an arbitrator’s pre-hearing discovery subpoena. The Sixth and Eighth Circuits have held that such subpoenas are enforceable; the Second, Third, Ninth, and, since that article was published, Eleventh Circuits have held that they are not. In the article, I suggested that Congress or the Supreme Court should address the issue to ensure consistent application across the country. Instead, a recent decision by the Supreme Court further complicated matters.

The decision, Badgerow v. Walters, arises out of an employment dispute arbitrated before the Financial Industry Regulatory Authority (FINRA). The petitioner, Ms. Badgerow, alleged that she had been terminated in violation of federal and state law. The arbitrators disagreed and entered an award in favor of the employer. But Ms. Badgerow believed the award was the product of fraud and petitioned a Louisiana state court to vacate it. The employer removed the petition to federal court and counter-petitioned for an order confirming the award. Ms. Badgerow moved to remand the case, arguing that the federal court lacked subject-matter jurisdiction.

Say two litigants disagree about whether they must arbitrate a dispute. And assume the dispute is for more than $75,000. If the litigants are from different states, the party wishing to arbitrate could petition a federal district court to compel arbitration because the court would have diversity jurisdiction. But now assume the parties are from the same state. For the district court to act, there would need to be a claim arising under federal law. In those instances, federal courts are permitted to “look through” the dispute over arbitrability and focus on the underlying claims. If at least one of the claims arises under federal law, then the court has subject-matter jurisdiction.

But, in an 8-1 decision, the Supreme Court reversed. According to the Supreme Court, the “look-through” process is unique to Section 4 and petitions to compel arbitration. When a dispute concerns other provision of the FAA, such as confirmation of awards, courts cannot use the “look-through” process. There must be some other basis for federal subject-matter jurisdiction. Since Ms. Badgerow and the employer were citizens of the same state, and since the petition to vacate arose under state law, the federal court lacked subject-matter jurisdiction, and the case should have been remanded to state court.

How does this affect arbitral subpoenas? Say an arbitrator issues a subpoena, but the third-party refuses to comply. Section 7 of the FAA permits federal courts to enforce the subpoena; however, under Badgerow, there must be an independent basis for subject-matter jurisdiction. Since a petition to compel doesn’t arise under federal law (only the FAA, which doesn’t create jurisdiction), there will need to be diversity jurisdiction. This limits the usefulness of the FAA and can lead to complications, such as determining the amount in dispute (e.g., is it based on the cost of compliance?) or determining the citizenship of the third-party, particularly if the third-party is an entity such as limited liability company. And while a party wishing to enforce the subpoena may be able petition a state court for relief, each state will have its own limitations and rules on enforcement of arbitral subpoenas.

All this is to say that, after Badgerow, third-party arbitral discovery has become even more complicated. Indeed, in his dissent, Justice Breyer cited these and other complications as a reason why he would have interpreted the FAA to allow the look-through approach in all FAA-related petitions. While I can’t say I agree with Justice Breyer’s position based on the FAA’s text, his concerns over the effects on arbitration procedures are well founded.

Which brings me back to a larger point I raised in the prior article. With the greater use of arbitration, particularly in complex litigation spanning state lines, Congress or the states should work toward a uniform system which provides clarity and greater availability of third-party discovery in arbitration. Until they do so (and there are no signs they will anytime soon), attorneys and their clients need to consider these discovery limitations when deciding whether to submit their disputes to arbitration.