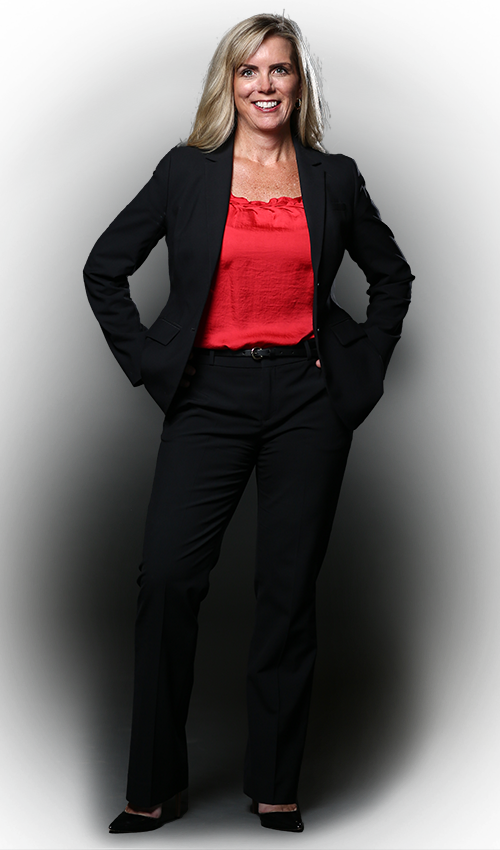 Her clients, co–workers, and colleagues and competitors in the marketplace remark that Janel M. Dressen is a tenacious business litigator who will advocate tirelessly and creatively to resolve her client’s business disputes. Janel prides herself on being the most prepared person in the room, solving problems that lawyers and clients refer to as “the most challenging” and getting to know her clients and their businesses as much as they do. She loves to solve problems and views all problems as solvable with the right person by your side who has the knowledge, dedication and desire.  Janel’s clients will tell you that you can expect to receive laser focus, determination, and sheer excellence when working with her.

With over 21 years of experience in representing business owners and their companies, Janel has an impressive list of victories for her clients.  While she represents business owners and businesses in all types of complex business disputes, her sweet spot is shareholder, ownership, and business valuation disputes.  Janel was lead counsel for what has been reported to be the largest Minnesota trial award in a shareholder buyout case in Lund v. Lund in which she obtained over a $45 million buyout award in favor of her client, Kim Lund. In addition, as lead counsel, she obtained a significant victory on behalf of her clients during the COVID–19 pandemic.  She obtained a summary judgment in their favor on breach of fiduciary duty and good faith and fair dealing claims, as well as limited liability company member oppression claims with a fair value buyout from their real estate limited liability companies.  This is believed to be the first reported buyout decision under Minnesota’s Revised Limited Liability Company Act.

In addition to her numerous successes on behalf of her clients, Janel is a frequent author and presenter locally and nationally on various business litigation topics, most notably shareholder oppression, fiduciary duties and business divorces.  Janel is a co–author of chapters in the Ongoing Businesses and Minnesota LLCs Deskbooks published by Minnesota CLE, and a co–contributor to the American Bar Association’s Business Divorce Litigation chapter.  She is regularly requested to speak on business litigation topics by local and national organizations, and she has won numerous awards, including being named a Minnesota Attorney of the Year in 2017, and one of the “Top 50 Women: Minnesota Super Lawyers” since 2019. In 2021, Janel was chosen by the firm’s leaders as only the second Chief Executive Officer of Anthony Ostlund, making her the first woman to lead the firm. She has served on the firm’s Executive Committee since 2018.

As lead counsel, represented two siblings in a family–owned business with a total of seven sibling members.  The siblings collectively owned six LLCs, which in turn owned over 100 pieces of real estate in various states. The case was largely litigated during the COVID-19 pandemic, with numerous depositions and motion hearings.  The court granted summary judgment in favor of Janel’s clients on their oppression and breach of fiduciary duty claims and granted their motion for a fair value buyout.  No trial was necessary.  It is believed that this is the first decision in which a court has granted a fair value buyout award, on motion, to a member of an LLC under Minnesota’s Revised Limited Liability Company Act, Minnesota Statutes Chapter 322C.

Represented three owners in the family–owned Taco John’s business, which is the largest privately–owned company in the state of Wyoming.  As lead counsel, Ms. Dressen commenced an action in Wyoming state court against the companies and certain other shareholders and directors for shareholder oppression and breach of fiduciary duty.  After extensive litigation, a resolution was negotiated that resulted in a buyout and business divorce of Ms. Dressen’s clients from the Taco John’s enterprise.

Represented 50% business owner in three family–owned Minnesota businesses against other 50% owner, who was plaintiff’s brother.  As lead counsel, obtained a buyout award in plaintiff’s/client’s favor on summary judgment entitling plaintiff to purchase his brother’s ownership interests in the three family businesses pursuant to the terms of the brothers’ buy-sell agreement.  Defendant’s summary judgment motion was denied in its entirety and no trial was necessary.

In a legal malpractice action, on behalf of defendants, obtained complete dismissal of all but one minor claim on Rule 12 Motion to Dismiss, without having to conduct any discovery or incur significant expense.  Following the Rule 12 Motion to Dismiss, Plaintiff stipulated to the dismissal of the remaining limited claim, with prejudice, without payment or receipt of anything in return.

Served as lead counsel to Melanie Barry and her trusts in highly publicized litigation and arbitration proceedings involving her ownership interests in Twin City Fan and other family–owned businesses and her marital dissolution from her husband of fifty–five years, pending in Minnesota and Florida, arising out of her former husband’s alleged misappropriation and abuse of corporate assets, 17 year extramarital affair and dissipation of marital assets, and his demand for a fair value buyout.  All matters were fully resolved in early 2018 with a full separation of the parties and business interests.

Following a 5 day trial, Hennepin County District Court Judge Ivy Bernhardson ruled that Kim Lund was the “prevailing party” against her brother, Tres Lund, and various Lund’s entities, in a lengthy legal battle centered on the value of Kim Lund’s ownership interests and Tres Lund’s exercise of power and control over Kim’s interests.  In the Court’s 54–page opinion concluding this complex shareholder dispute, the Court awarded Kim $45,225,000, which means that Lund’s must buy Kim Lund out over time for that price.  The Court also awarded Kim her court costs.  The award was upheld on appeal and affirmed in all respects.

Representation of LLC and LLC owner: Ownership and Employment Claims

Served as lead counsel for LLC and LLC owner in 2016 and 2017, in an arbitration proceeding commenced by claimant in Arizona alleging ownership and employment related claims and seeking millions of dollars in damages and legal fees and expenses.  Obtained full defense verdict after multiple day arbitration proceeding with a panel of three arbitrators.

Represented President of company in arbitration proceeding commenced by claimant alleging various contract, ownership and statutory claims.  Obtained full dismissal of all claims, with prejudice, in Respondents’ favor, and a full fee and costs award in Respondents’ favor in excess of $500,000.

Obtained dismissal of action commenced against client in Texas and negotiated settlement of client’s claims in Minnesota action resulting in ongoing business agreement for client.

Helped secure $1 million bail for defendant on behalf of the family of an underage sexual assault victim.

Obtained a complete dismissal, with prejudice, of client in an alleged fraud and kickback case against numerous Minnesota chiropractors in Minnesota.

In a breach of contract case in state court Minnesota, obtained an early dismissal, with prejudice of First Premier Capital LLC.

Awarded a complete dismissal of T. Denny Sanford, William Kelly and Steve Alpeter on claims against them on personal guarantees for in excess of $8,000,000 by arbitration panel after a full arbitration hearing.

Successfully defended two directors of a closely–held Minnesota company in a breach of fiduciary duty and Minn. Stat. § 302A.751 (unfair prejudice) trial in state court in Minnesota.  The trial’s court’s dismissal of claims against Janel's clients was affirmed on appeal.

Successfully obtained payment of $318,000 on behalf of client in a business fraud case against her ex-husband arising out of their divorce in approximately 90 days of representation.

Obtained judgment on motion and without a trial in client’s favor in excess of $430,000 in Minnesota state court.

Successfully negotiated a business break-up on behalf of client among two business owners of a closely-held Minnesota business after one day of trial in Minnesota state court.

On behalf of former bank officers and directors, successfully defended and resolved negligence and breach of fiduciary duty demands from the FDIC to former directors and officers of closed-down banks.

Worked with several employers to defend against and prosecute non–competition agreement claims and provide ongoing employment and ownership advice relating to dispute matters.

J.D., The University of South Dakota School of Law, graduated in top 5%

Anthony Ostlund is pleased to announce that attorneys Joseph Anthony, Janel Dressen, Vincent Louwagie, and Richard Ostlund have been selected by their peers for

To Zoom or Not to Zoom? Minnesota Trial Lawyers Beware

It’s Time to Separate: Lessons Learned from a Business Divorce Lawyer About How to Separate Without Destroying the Business

J.D., The University of South Dakota School of Law, graduated in top 5%