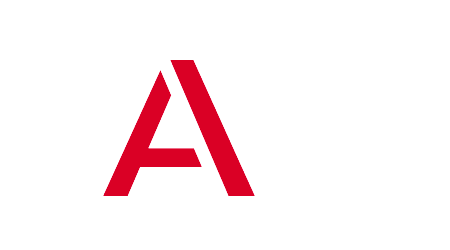 As time inevitably marches forward and senior business people are reaching the typical retirement age with increasing speed, inter-generational frustrations are creeping into more and more business and ownership disputes. In Minnesota and across the country, the boomer generation has worked to grow dozens of closely held businesses into highly successful enterprises. Those businesses oftentimes found success because of and are driven by the unique personality of the senior leaders. The leaders of those businesses are quick to identify the sacrifices and risks they took to develop the business. They should, without a doubt, be recognized and celebrated for those laudable efforts.  However, at the same time, studies show that those same senior leaders are also quick to judge the younger generations as entitled, less industrious and less loyal to the business.

The tension caused by this dynamic is challenging under any circumstance. It is even more challenging in a closely-held business. Oftentimes, in a closely-held business, promises have been made to attract or keep key younger talent, ownership interests have been offered, or conversations have occurred around when the younger generation will be in charge. But actually executing on such plans has always been difficult. And the situation is not getting better.The pandemic suspended many plans to retire or to transition a business. In fact, a nationwide study shows that the percentage of businesses with owners at or near retirement age has jumped up to 51 percent in the past five years. The plain fact of the matter is that people are staying longer and insisting on remaining in control of the companies they built.

Frankly, even though it is not a cause of action, a common thread emerging in many business disputes is an underlying disagreement between aging business owners and the next generation. Eventually, it seems, the next generation runs out of so-called “strategic patience” and begins asserting themselves via their rights or making aggressive business moves. If the next generation has been offered shares or promised ownership to incentivize them to stay, the situation becomes even more difficult and will give rise to a shareholder dispute. Under longstanding Minnesota precedent, even if the aging business owners continue to run the show by owning the majority of shares, they have a duty to act in good faith, and with honesty, candor and loyalty when dealing with minority (younger) shareholders.  It would be inappropriate for an aging majority owner to act in a manner that is “unfairly prejudicial” to the “reasonable expectations” of those fellow shareholders. This situation only gets worse when it is a family business or where the assets of a business enterprise were placed in a trust many years ago. The fundamental duties imposed by these legal structures usually run contrary to the instincts that have rewarded aging business leaders for decades.  And all of it combines into the makings of a classic shareholder dispute.

Of course, the same is true for the flipside of the coin. Members of the younger generation must take care to respect the obligations owed to their employers and business partners, even if saying “ok boomer” would have an immediate cathartic effect. If they do not tread carefully, predictable disputes erupt over breaches of the duty of loyalty or contractual obligations owed to the business, the family members or their business partners.

At bottom, if leaders within closely-held businesses from different generations cannot see eye to eye, if transitions plans are never executed on, or if the younger generation chooses to make aggressive moves in the face of delayed plans, then either side may decide the best and most efficient way to enforce their rights is in the courtroom.