Assignment for the Benefit of Creditors: An Award-Winning Strategy 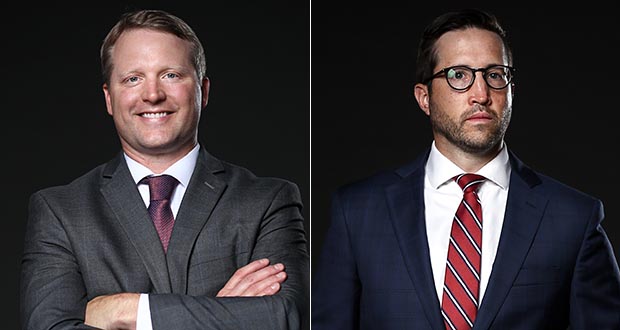 Next year will be the ten-year anniversary of Minnesota’s enactment of the statute for Assignments for the Benefit of Creditors (“ABC”).  When a turnaround is necessary, this simple yet versatile tool offers debtors more control than in a receivership or bankruptcy.  Done effectively, ABCs benefit both debtors and creditors.

How Does an ABC Work?

Unlike a bankruptcy trustee or court-appointed receiver, the debtor can select an “assignee” or administrator/receiver over the assets in an ABC.  An ABC starts by filing a simple statutory form (Minnesota Statute § 577.13) with the Court identifying the assignor (debtor) and assignee (administrator/receiver), assets subject to the assignment, and a list of creditors.  The assignment becomes effective upon filing of the ABC with the Court.

As outlined in the ABC, the primary purpose of the assignee is to use the ABC’s assets to pay off creditors and return any remaining property to the assignor.  The assignee can accomplish this purpose by liquidating ABC assets or working with legal counsel, professionals, and creditors to turn around a troubled business.  Once the ABC is filed, the assignee has powers of a general receiver with respect to the assignment property including the authority to manage, market, or sell the ABC’s assets, make and collect payments, pursue and defend litigation, and seek court intervention amongst many others.

Anthony Ostlund was recently recognized for its representation of Lighthouse Management Group, Inc. (“Lighthouse”) when Lighthouse was named the winner of the 2021 Turnaround of the Year Award by the Minnesota Chapter of the Turnaround Management Association.  In 2015, Lighthouse was appointed assignee by the owner of two commercial office buildings commonly known as Apple Valley Commons.  After years of juggling multiple lawsuits involving the ABC and a difficult turnaround, Lighthouse was able to sell off the buildings at a significant profit, pay off all legitimate creditors, and expects to return assets to the property owner.

Before the assignment, the prior property manager had collected over three million dollars in rents from Apple Valley Commons while failing to pay real estate taxes, to invest in maintenance, and to retain and attract tenants.  Instead, they personally benefitted by withdrawing cash and spending thousands on personal expenses.  To no surprise, tenancy for both buildings was extremely low.

From the outset, Lighthouse developed a bold, decisive strategy.  Instead of attempting to market the buildings in a fire sale at depressed prices, Lighthouse set a goal to remove the property manager through litigation, fix up the properties, increase tenancy, and prepare the buildings for a sale.  At the same time, Lighthouse leveraged existing lending relationships to fund immediate expenses.  To increase rental income and revenue from new and existing tenants, Lighthouse set out to fix deferred maintenance.

Just days after being appointed, Lighthouse obtained an ex parte temporary restraining order removing the property manager and his business from the premises and enjoining them from transferring or disposing of any funds, records, or other property belonging to the buildings.  A year later, the Court granted Lighthouse’s affirmative motion for summary judgment against the bad actors finding them liable for breach of contract, civil theft, unjust enrichment, and fraud.  Before a trial on damages, two of the Defendants stipulated to entry of judgment against them in the amount of $1.45 million.

During discovery, Lighthouse discovered fraud with respect to the sale of cell tower leases on one of the buildings.  That discovery led to another lawsuit ending in a favorable settlement resulting in a payment back to the ABC.  Lighthouse was also able to successfully reach a settlement agreement concerning tax appeals.

As highlighted by this case study, the ABC statute enables debtors, assignees, and legal counsel the ability and authority to take the necessary action to right the ship.  Lighthouse acted quickly, removed the bad actors, resolved lawsuits favorably, worked with lenders to address pressing needs, and retained and attracted tenants to increase occupancy to record highs.  In the end, Apple Valley Commons was sold for over $10 million benefitting the debtor and creditors.  While every case is different, keep in mind this award-winning strategy and the versatility that ABCs provide.