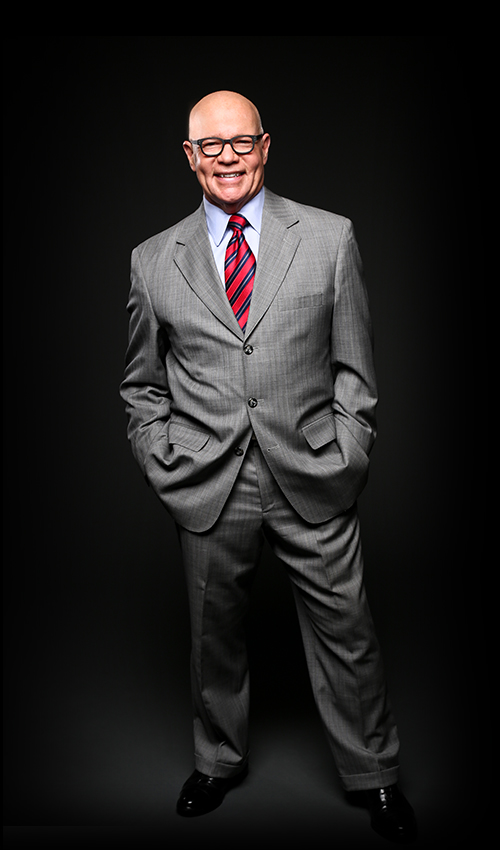 Joseph W. Anthony is known locally and nationally as an excellent trial lawyer.  He has tried more than 100 jury and court trials and arbitrations to verdict in Minnesota and throughout the country.  He has represented clients in a number of seminal shareholder rights cases in Minnesota, including U.S. Bank N.A. v. Cold Spring Granite Co., 802 N.W.2d 363 (Minn. 2011); Haley v. Forcelle, 669 N.W.2d 48 (Minn. Ct. App. 2003); and Miller Waste Mills Inc. v. Mackay, 520 N.W.2d 490 (Minn. Ct. App. 1994).  In 2007, Joe obtained the largest jury verdict in a Minnesota business litigation case – $140 million – on behalf of his client, a professional dental association.  He has won a number of multi-million dollar jury verdicts and FINRA arbitration awards for individuals, investment banks and broker dealers.  In the last few years, Joe has defended or pursued claims worth more than $500 million on behalf of his clients.

Joe’s passion for excellence and his dedication to his clients are matched only by his commitment to the community.  Joe has served on the Board and as the Chair of The Fund for Legal Aid in Minnesota for 15 years. He also has served for almost two decades on the Temple University Law School Board.  He regularly lectures to local attorneys on the issues of trial practice and business litigation in state and federal courts.  Joe founded Fruth & Anthony, now Anthony Ostlund, in 1985 as a premier trial boutique focused on high-profile business litigation.  He is proud of the accomplishments of all the lawyers that now call Anthony Ostlund home.

After a 21-day trial, Joe successfully obtained a defense verdict for the trustee of a Charitable Lead Annuity Trust who had been accused of breaching his fiduciary duties by beneficiaries who were seeking $45 million in damages and operating control of entities worth more than $300 million.

Joe recently successfully obtained on summary judgment a complete dismissal of all the plaintiff’s claims that the firm’s client wrongfully interfered with or otherwise breached a host of claims relating to the plaintiff’s patented atherectomy device.

Joe successfully obtained an award of $ 3,750,000 and expungement of the U–4 for a former Merrill Lynch financial advisor who was wrongfully terminated and defamed by his employer.

Joe successfully represented Best Buy against a former employee who alleged that he was terminated for making numerous whistleblower allegations related to his employment.  The plaintiff’s complaint was dismissed on summary judgment and affirmed on appeal.

Joe successfully obtained a defense verdict after a bench trial on behalf of two shareholder directors against a minority shareholder who alleged that the director-shareholders of the closely held corporation breached their fiduciary duties.

Joe represented a Twin Cities veterinarian who sued RBC to recover losses sustained in an investment account as a result of RBC’s mismanagement and negligence.  After a three week arbitration, the panel awarded $5.6 million in damages.

In December 2007, Joe was lead trial counsel in obtaining a $120 million jury verdict after a five week jury trial on behalf of PDG, P.A. against American Dental Partners, Inc. on unfair competition, breach of contract, fiduciary duty and tortious interference claims.  Of the $120 million award, $84 million was for actual damages and $36 million was for punitive damages.

Joe obtained a $10 million arbitration award on behalf of MJSK against Northland Securities, et al, in a case involving claims of breach of fiduciary duty and unfair dealing.

This was a significant case involving the defendant’s failure to properly supervise the installation of an ERP. Joe represented Department 56.  The matter was resolved by settlement with Arthur Andersen paying a substantial amount of money.  According to the public filings of Department 56, the settlement was in the amount of $12 million.

Joe represented Kinnard in obtaining the then largest arbitration award for “raiding” in NASD history against another member firm.  The award of $16 million included $9 million in compensatory damages and $7 million in punitive damages arising out of a “raiding” claim between two members of the investment securities industry.

Joe successfully represented Department 56 in obtaining a multi-million dollar settlement against a software manufacturer in connection with the implementation of an ERP.

Joe obtained for the firm’s client a $2.4 million jury verdict in an employment dispute between an executive and an investment banking firm.

Joe obtained a $2.2 million jury verdict on behalf of two physicians against their fellow shareholders involving violation of their rights as shareholders.

In a $25 million breach of contract/tortious interference claim against one of the firm’s clients (Dominium), Joe successfully obtained a jury verdict of no liability for his client. (One of the other defendants in the case, not represented by Joe, had a jury verdict against it of $21 million).

In a case involving numerous statutory and common law claims of discrimination and wrongful termination, Joe successfully defended Advance Circuits (a division of Honeywell Inc.) in obtaining a jury verdict absolving the Company of any liability.

U.S. Court of Appeals for the

Congratulations to Joe Anthony, Janel Dressen and Rich Ostlund who were named to Minnesota Lawyer’s POWER 30 for Business Litigation. The POWER 30 is

Anthony Ostlund is pleased to announce that attorneys Joseph Anthony, Janel Dressen, Vincent Louwagie, and Richard Ostlund have been selected by their peers for

U.S. Court of Appeals for the