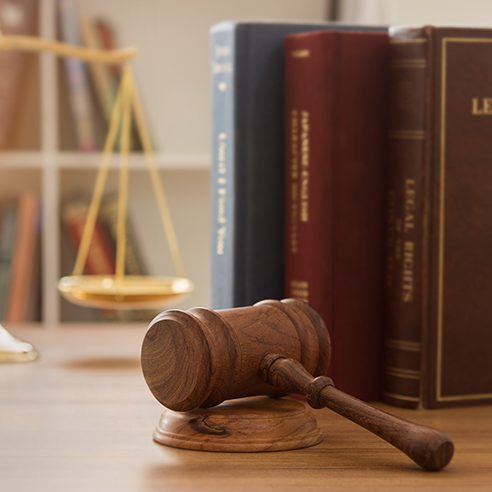 Complex business and personal matters are increasingly grounded on trust that is placed in someone else, which can give rise to fiduciary relationships. Cases involving fiduciary duties and relationships are fundamentally different from other types of litigation because fiduciaries have a heightened obligation to act for someone else and not in their own self-interest.  This applies to classic fiduciary relationships like trustees and beneficiaries, lawyer and clients, or corporate officers, directors, and shareholders, as well as relationships where fiduciary duties arise from the factual circumstances.  As a result, litigators handling cases involving fiduciaries should keep the following five tips in mind to recognize and take advantage of the unique issues in these disputes.

Many cases involve conduct that happened in the past, where the facts are fixed and will not materially change.  In fiduciary cases, however, the fiduciary’s conduct is often still ongoing, and thus still at issue.  A fiduciary who did nothing wrong before a case began can engage in conduct during litigation that changes the game.  Often, issues arise when a defendant fiduciary does not want to be transparent with an adversary in a contentious lawsuit despite the fiduciary’s duty to disclose material information.  Defense counsel should ensure their clients continue to observe their fiduciary obligations, rather than engaging in petty, hostile behavior that wouldn’t lead to additional liability in another case.  Plaintiffs’ attorneys should be alert for opportunities to force fiduciaries to act and to develop and improve the record even once a case is ongoing.

The reason for a fiduciary’s actions or inaction is important.  It is not enough that a fiduciary has been given the power to do something, the fiduciary must still exercise that power in good faith and in the best interests of the beneficiaries.  Recently, the Minnesota Supreme Court reversed a decision that a trustee was not liable for treating trust property as the trustee’s own because the trustee had the authority to do so under the relevant documents.  The Minnesota Supreme Court held that even if “‘a power is conferred upon the trustee, he cannot properly exercise the power’ if it constitutes ‘a violation of any of his duties to the beneficiary.’”  In re Tr. of Lawrence B. Schwagerl Tr., 965 N.W.2d 772, 783 (Minn. 2021) (quoting Restatement (Second) of Trusts § 186, cmt. f (Am. Law Inst. 1959)).

Recognize who holds the burden of proof.

Fiduciary duty cases often involve shifting burdens of proof.  In many cases, a fiduciary defendant will have the ultimate burden of proof at trial.  In cases involving director conflicts, for example, a corporate director will have the ultimate burden of proving that a transaction was fair to the corporation.  Minn. Stat. § 302A.255, subd. 1(a).  Likewise, fiduciaries, who have control of bank accounts and greater access to information may be held to account for what happened to assets that were under their control.

Be wary of privilege issues.

In cases involving fiduciaries, an issue often arises concerning who owns the privilege.  Many courts recognize a “fiduciary exception” to the attorney-client privilege, which prevents a trustee, or another person who owes fiduciary duties, from withholding communications from a beneficiary on the basis of privilege. In Scalia v. Reliance Trust Co., Case No. 17-cv-4540 (SRN/ECW), 2020 WL 2111368, at *6-11 (D. Minn. May 4, 2020) (fiduciary exception applies to company directors in connection with a stock transaction involving an employee stock ownership plan).  The fiduciary exception is based on the recognition that a fiduciary owes duties that are inconsistent with asserting privilege, including a duty of full disclosure to beneficiaries.  At the same time, fiduciaries generally can assert privilege for communications with attorneys they hire or communications that occur after the relationship becomes adverse, such as when litigation arises.  Attorneys should be alert to these privilege issues so that they can protect privilege before litigation and evaluate or challenge privilege claims during litigation.

Fiduciaries have obligations to avoid conflicts of interest unless they meet strict standards of fairness to the beneficiaries of their duties.  Conflicts, actual and potential, can alter the outcome of litigation.  Fiduciaries that favor one beneficiary over another or use property to benefit themselves can expose themselves to liability.  Conflicts can also be addressed in advance.  Trust documents and corporate documents, for example, can authorize conduct that would otherwise be considered a conflict of interest.  Practitioners should be alert to opportunities to limit liability for conflicts that may arise at the outset of litigation, and to highlight conflicted behavior once litigation is underway.

Recognizing and taking advantage of the differences in fiduciary litigation can make all the difference in obtaining the best possible result.