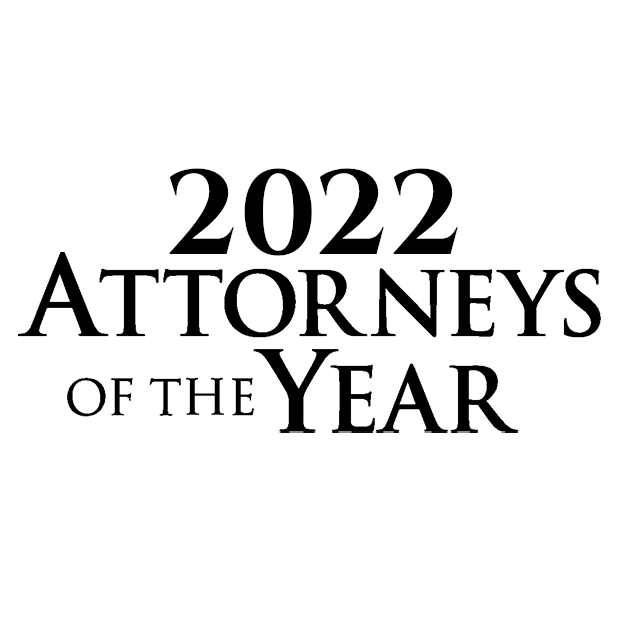 Anthony Ostlund’s reputation for success in complex cases and commitment to our clients and our community is no better exemplified than by the work concluded this year by two teams of our firm’s attorneys. By doing what we do best—achieving significant, hard-won victories for our clients—the teams behind successful outcomes in Koch v. Koch and Murphy, et al. v. Harpstead have both received 2022 Attorney of the Year Awards in Minnesota Lawyer’s annual recognition of remarkable achievements in the legal profession.

While the results are highlighted this year, the work on both cases has been ongoing since the mid 2010s.

The Koch case spanned five years, with our Anthony Ostlund trial team locked in what Fourth District Judge Laurie Miller described as a “war”—where the defendant control group employed three law firms to fight virtually every issue. Judge Miller awarded Jim Koch $58.5 million for his shares, while also affirming a jury’s award of $12 million to Jim Koch against all four defendants based upon a lack of good faith and breach of contract. In awarding Jim Koch over $2 million in fees and expenses, Judge Miller declared that Jim Koch “won the war,” finding the court and jury had awarded him everything he sought in this case.

At trial, Defendants opposed a share buy-out and asked the judge to find the value of Jim’s ownership to be less than $30 million.  After the jury awarded Jim $12 million for breach of contract and lack of good faith, Defendants conceded the buy-out claim, and attempted to convince the judge to award Jim less than $25 million for his stock over 20 years.  Judge Miller refused to do so, instead awarding Jim $58.5 million—the top value stated by Jim’s appraiser for 2017—the presumptive buy-out valuation date under Minnesota law.  In then awarding Jim over $2 million in fees and expenses, Judge Miller ruled:  “Defendant’s suggestion that Plaintiff’s fee recovery…should be reduced for lack of success is puzzling.  The jury gave him everything he asked for, and more, . . . .  The jury rejected every defense Defendants raised . . . .”

In conjunction with attorneys from Mid Minnesota Legal Aid and Nichols Kaster, AO attorneys Peter McElligott and Steven Pincus (now retired) secured a successful settlement in the significant federal court civil rights case, Murphy et al. v. Harpstead. On July 27, 2022, District Judge Donovan Frank granted preliminary approval to the settlement agreement reached by the parties, nearing the end of a six-year fight for the rights of a class of people with disabilities living in group homes. The class sought simply to live more independent and integrated lives of their own choosing in the community. The settlement provides important structural relief, including a requirement that people with disabilities living in group homes who request an opportunity to live independently be provided with access to services to help meet that goal.

The settlement also includes an agreement by the Department of Human Services to pay $1.138 million in attorneys’ fees and costs, which is the largest attorneys’ fees award received by Mid-Minnesota Legal Aid in its more than 100-year history. Anthony Ostlund and Nichols Kaster handled this case on a pro bono basis and donated all attorneys’ fees to Legal Aid.

The case consisted of constitutional claims under the 14th Amendment, the ADA, the Rehabilitation Act, and the Medicaid Act. The legal team overcame a motion to dismiss, obtained class certification, prevailed in an attempted interlocutory review, defeated a summary judgment motion and motions to exclude Plaintiffs’ experts, and succeeded on Plaintiffs’ own partial summary judgment motion.

After multiple rounds of mediation with the magistrate judge and lengthy delays due to COVID–which has had a disproportionate effect on members of the class–the case was set for trial on July 11th. Shortly before trial, the parties participated in a two-day mediation with retired Judge James Rosenbaum and arrived at the present settlement. Subject to final approval, the result for the class and all impacted individuals is significant, life changing and rights-affirming. Along with co-counsel, Anthony Ostlund is proud to have made real and meaningful change in our community.

Anthony Ostlund’s Attorneys of the Year

The Koch and Murphy teams will be honored at Minnesota Lawyer’s event on February 15th, 2023. Previous Anthony Ostlund Attorney of the Year recipients include: