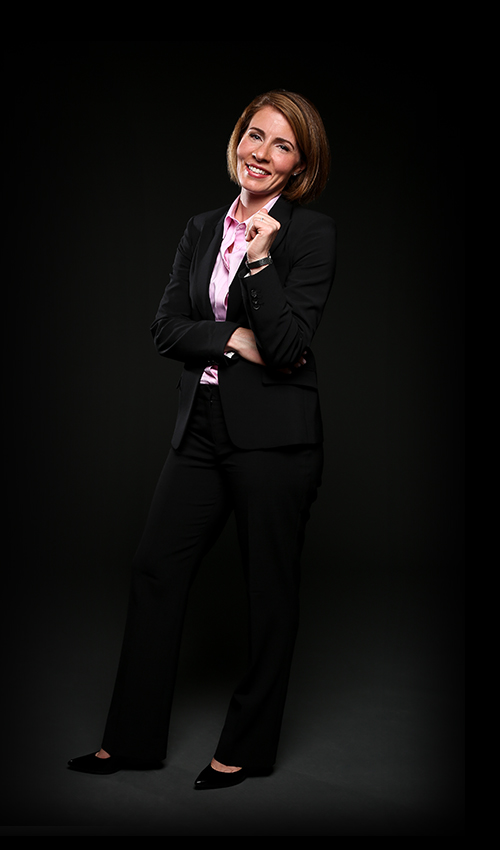 Brooke Anthony considers herself to be a professional problem solver.  She adopts her clients’ passion for their business and shares her clients’ drive to succeed.  Whatever the legal challenge, Brooke works hard to find creative, analytical, practical, and efficient solutions, allowing her clients to focus on their business priorities.  Her toughness and tenaciousness has led to favorable outcomes for her clients at trial and in arbitration in Minnesota and around the country.  She also has successfully defended decisions in favor of her clients in the Eighth Circuit, the Minnesota Court of Appeals, and the New York Appellate Division.  Brooke is focused and driven to achieve her clients’ best interests at every level of the process.

Brooke takes particular pride in representing her community colleagues – other attorneys – defending against malpractice and other employment claims and has successfully resolved a number of those claims pre-filing, at mediation, and at summary judgment.  In 2019, Brooke successfully obtained summary judgment for her attorney clients against a claim for more than $200 million, which judgment was affirmed by the Eighth Circuit in 2021.  –In 2017, Brooke negotiated an agreement of “no malpractice” as a part of resolution.

Brooke was lead trial counsel for an AmLaw 200 law firm facing charges of malpractice and related torts in federal court in connection with their representation of a telecommunications company in Minnesota.  The case – brought by the principals of a Mexican company – sought more than $200 million in damages.  Brooke immediately developed a deliberate discovery strategy to prove that the plaintiffs lacked standing or an attorney client relationship with her clients.  The federal district court agreed and granted summary judgment in 2019.  The Eighth Circuit Court of Appeals affirmed the ruling in 2021. See Azarax v. Syverson, 990 F.3d 648 (8th Cir. 2021)

Success in Defense of Professionals

Since 2013, Brooke has successfully represented a number of law firms and attorneys facing malpractice and other employment related claims.  Brooke works with her attorney clients collaboratively to find solutions that work for them personally and professionally.   In 2014, Brooke won summary judgment in favor of professionals who had been sued by a former client for professional negligence. The decision was upheld in 2016 by the Minnesota Court of Appeals. See Bell v. Leonard Street & Deinard P.A., et al., No. A15–1311, 2016 WL 1724274 (Minn. App. Ct. May 2, 2016)

In 2015, Brooke obtained a complete dismissal, in arbitration, of claims for breach of a partnership agreement as well as other tort and contract claims brought against a law firm by its former partner. In 2017, Brooke obtained a settlement on behalf of her clients which contained an agreement of no professional malpractice.  In 2020, Brooke resolved a malpractice claim and two employment discrimination claims – the employment claims before filing, the malpractice claim before trial – to the satisfaction of her attorney clients.

Brooke has represented a number of family–owners, shareholders, and private company executives in connection with closely-held company ownership and employment disputes.  She combines a creative, collaborative approach with a deep understanding of the intricacies of Minnesota law to help her clients navigate these issues in the most efficient way possible.  As a result, many of these cases – some of which involved multiple millions of dollars - have been resolved favorably before trial; some have even been resolved prior to the filing of a Complaint.

Brooke obtained dismissal, before discovery, of a multi-million dollar breach of contract claim brought against Best Buy in federal court in the District of Minnesota.  A former executive claimed that he was entitled to an incentive payment years after he had left his employment.  Brooke argued that the contract did not allow for the relief requested and the district and appellate courts agreed. Gorog v. Best Buy Co., Inc. et al., 760 F.3d 787 (8th Cir. 2014)

Verdict for Plaintiff in Contract Case

Brooke was lead trial counsel in a jury trial on behalf of the late Marion Levine to collect outstanding principal, interest and attorneys’ fees in connection with a promissory note.  Ultimately, the jury found in favor of Brooke's clients and awarded damages. Robert L. Larson, Personal Representative for the Estate of Marion Levine v. Rebecca and Bradly Caron (Hennepin County District Court, January 2014).

Brooke has also successfully defended her client, Piper Jaffray, as lead counsel against claims brought by a former broker in a FINRA arbitration.

Dismissal of Contract Claims In Connection with Merger

Brooke obtained dismissal of contract claims as well as claims for breach of fiduciary duty and unjust enrichment on behalf of majority shareholder of acquired company who served as Shareholders’ Representative in a merger. The decision was affirmed on appeal.

Brooke’s clients, the owners of a storage facility, came to her in early 2015, to handle claims and amended claims brought against them in federal court by a former tenant.  Brooke took command of the case and moved to dismiss all of the counts against her clients with prejudice.  In early 2016, a federal judge agreed and dismissed every one of the claims against Brooke’s clients with prejudice.

In 2015, Brooke helped her client, a premier mental health care provider in Minnesota, achieve a beneficial resolution of an ongoing contract dispute with one of its insurance payers.

State of Illinois State of Minnesota

Anthony Ostlund is pleased to announce that 15 of our attorneys were selected to the 2020 Minnesota Super Lawyers and Rising Stars List. Eleven

A Synopsis of the Supreme Court’s Decision to Protect Gay and Transgender Employees June 29, 2020 Minnesota Lawyer and Finance & Commerce – Partner

The COVID-19 pandemic is impacting our lives and our world in ways we never could have imagined. We wanted to advise you of the

State of Illinois State of Minnesota