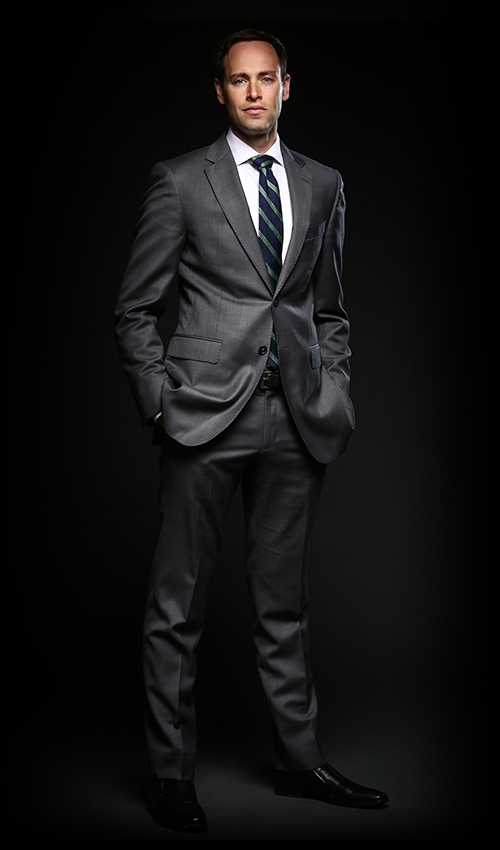 Norm is a trial attorney with significant experience in all phases of litigation, from pre-suit settlement discussions through dispositive motions, trial, and appeals. His experience runs the gamut from contract disputes to banking litigation, from shareholder disputes to legal malpractice defense. He has tried cases in state and federal courts throughout the country, including in Minnesota, Washington, D.C., Delaware, and Nevada. Norm also provides pre-suit strategic guidance to businesses and individuals to help avoid litigation, or to be the best-positioned party when litigation begins.

Norm has a strong commitment to giving back to his community and has maintained an active pro bono practice throughout his career, representing refugees seeking political asylum, and survivors of domestic violence. During law school Norm lived and worked in Phnom Penh, Cambodia, assisting a non-profit organization in developing legal analysis for use by the international criminal tribunal prosecuting the crimes committed by the Khmer Rouge regime.

Norm began his career in the Washington, D.C. office of Paul Weiss Rifkind Wharton & Garrison, LLP. After six years, he left Paul Weiss to be a founding associate of a preeminent national trial boutique Wilkinson Walsh & Eskovitz LLP, also in Washington D.C., before moving to his hometown of Minneapolis and joining Anthony Ostlund.

Regional bank had a dispute with a borrower involving a complex set of loans with multiple forms of collateral. Norm determined through public filings that a third-party appeared to be interfering with the lending relationship and developed a lawsuit to hold the third-party accountable, which led to a favorable outcome for the client.

Norm represented a regional financial institution regarding a complex loan default, bringing litigation that obtained a successful outcome for the client.

Represented Minnesota Multi Housing Association and several local Minnesota property owners in federal court challenge to Governor’s Executive Order maintaining an eviction moratorium when nearly all other Executive Orders relating to the COVID crisis had been lifted.  The Governor ended his emergency powers shortly after the suit was filed.

Following a two-week trial, the jury returned a verdict in favor of Norm’s client. The battle was over whether a public institution had violated its contract with a start-up company that specialized in the cellular technology space. The jury agreed that the contract was breached and awarded Norm’s client damages as a result.

As co-counsel with the ACLU of Minnesota, Norm obtained a temporary injunction against a county Sheriff’s illegal detention of immigrants.  The injunction was upheld by the Minnesota Court of Appeals following Norm’s oral argument for Respondents.  The Minnesota district court then granted Norm’s client’s a permanent injunction, and permitted claims for punitive damages.

Successfully moved to dismiss complaints in three separate courts—two federal and one state—against a major national retail chain, asserting claims for fraud, aiding and abetting, civil conspiracy, and other claims.  Plaintiffs sought more than $100 million in damages across all the suits.  Each court granted the client’s motion to dismiss with prejudice.

Participated in trial regarding national product liability litigation for a hormone therapy drug.

Represented leading private equity firm in defending a shareholder appraisal action in Delaware Chancery Court arising from the acquisition of a portfolio company.

IF EVERYTHING IS “OVERBROAD” AND “BURDENSOME,” NOTHING IS – Overcoming obstructive discovery tactics